Hong Xiuquan was a failed candidate for the provincial civil service examinations in Guangdong, who in 1837 had a religious vision of going to Heaven, where he met his Heavenly Father and Heavenly ... Przeczytaj pe³n± recenzjê

So, yes, the writing was (for the most part) pretty dry and not that engaging. But I thought the topic was fascinating. My favorite part: reading how Hong Xiuquan rewrote Genesis to make it more to his liking. Noah wasn't drunk, he was just really tired! Przeczytaj pe³n± recenzjê

Jonathan D. Spence is Sterling Professor of History at Yale University, where he has taught for thirty years. He has been awarded MacArthur and Guggenheim Fellowships, and the Los Angeles Times Book Award. The Search for Modern China won the Lionel Gelber Award and the Kiriyama Book Prize. 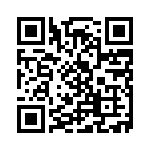