Strona 14
Island ) is one of the Bahamas , and was in fact her step - grandson , and was by
her granted i November , 1670 , to the Duke of constituted her co - heir , along
with certain Albemarle , Lord Ashley , and others . other members of his family .
Strona 31
Evelyn mentions having seen afterwards became the wife of Lord Edmund
married Nicholas Jennyngs in 1526 , and some of them at the camp at Hounslow
in Howard , Marshal of Horse in the battle of 1678. A regimental drinking song of
...
Strona 131
It was preserved by her in a case Duke of Lennox , Earl of Mar , Lord Home ,
uring the twenty - nine years which she survived Sir George Hume , Sir James
Elphingston , er husband , and afterwards with no less piety and Lord Kinloss ;
and of ... 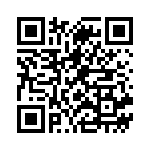