VIAN BAKIR is Senior Lecturer in Media, Culture and Communication, Cardiff School of Creative and Cultural Industries, University of Glamorgan, UK. She has published in the fields of environmental risk communication, policy-agenda-setting, dataveillance and ethics, grounded theory and cultural strategy, and European identity and the media.

DAVID M BARLOW is Senior Lecturer in Media, Culture and Communication and directs the Centre for Media and Culture in Small Nations at the University of Glamorgan, UK. He is an Honorary Visiting Research Fellow in the School of Critical Enquiry at La Trobe University, and has published widely on community communication and on media in Wales. 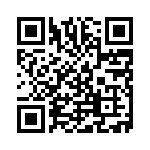