Strona 23
“ I found by reading the word , that those that must be glorified with Christ in another world must be called by him here ; called to the partaking of a share in his word and righteousness , and to the comforts and firstfruits of his ...
Strona 24
But that which made me sick , was what Christ said , in St. Mark , ' He went up into a mountain , and called to him whom he would , and they came unto him , ' Mark iii . 13 . “ This scripture made me faint and fear , yet it kindled fire ...
Strona 136
A part of the church over which Bunyan presided , resided at Gamlinghay , commonly called Gâm . gay , to which he ministered in word and doctrine , and to whom he administered the Lord's supper in a place near their own residence . 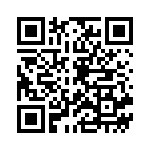