Strona 487
attentions ; the Prince replied by insulting the jealous man , who took his revenge by deserting to the enemy at a critical moment . The battle of Pelagonia was a fatal day for the Frank chivalry ; the Prince , after fighting bravely ...
Strona 512
The Principality grew also , for in 1338 the Prince Charles I. , “ the Great , ” bought from the Spinola the lordships of Mentone , Roccabruna , and Castillon ; and to the Prince was given the Viceroyalty of Provence by Queen Joan of ...
Strona 515
66 his race , he married his eldest daughter and heiress , Louise Hippolyte , in 1715 , to the Comte de Matignon , and , dying in 1731 , was followed as Prince , on his daughter's death in that year , by his grandson , Honoré III . 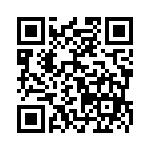