Strona 13
The loss in these THE CHEMICAL NEWS . cases can probably be explained by
adsorption , but in an experiment , on the other hand , in which acetic acid and
VOL . CXIII . , No. 2929 . NaC2H302 were present , a much larger loss - in fact ...
Strona 14
C2H2O2 and Acetic Acid on Ni , Co , and Mn , found to contain some Co , as
shown by a light brown in boiling solution . coloration on making alkaline with NH
OH . ( This ob( The experiments were conducted in exactly the same servation ...
Strona 181
This is only bility of the relatively insoluble salts of the group , both very slightly
soluble in cold i per cent acetic acid , so that ... the acetic acid solution is treated
with ammonium According to this principle , as is well known , if a pre - carbonate
. 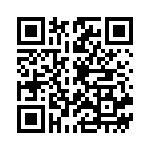