Patrick Leigh Fermor is a man of action and adventure. He walked across Europe at the age of 17 and captured a Nazi General in an audacious operation in the Second World War. He was a person who ... Przeczytaj peģną recenzję

A Time to Keep Silence is about Patrick Leigh Fermor's travels to four monasteries: three in France and one in ruins in Turkey. At the first one, Abbey of St. Wandrille de Fontanelle, Fermor, at first ... Przeczytaj peģną recenzję

Patrick Leigh Fermor (1915-2011) was an intrepid traveler, a heroic soldier, and a writer with a unique prose style. After his stormy schooldays, followed by the walk across Europe to Constantinople that begins in A Time of Gifts (1977) and continues through Between the Woods and the Water (1986), he lived and traveled in the Balkans and the Greek Archipelago. His books Mani (1958) and Roumeli (1966) attest to his deep interest in languages and remote places. In the Second World War he joined the Irish Guards, became a liaison ofﬁcer in Albania, and fought in Greece and Crete. He was awarded the DSO and OBE. He lived partly in Greece--in the house he designed with his wife, Joan, in an olive grove in the Mani--and partly in Worcestershire. He was knighted in 2004 for his services to literature and to British-Greek relations.

Karen Armstrong, a historian of religion, spent seven years in a Roman Catholic religious order; she has written about this experience in Through the Narrow Gate and The Spiral Staircase. She is also the author of many books, including A History of God, The Great Transformation, and, most recently, The Bible: A Biography. 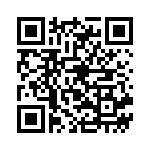