Strona 124
Internally , however , it underwent a on behalf of the executor , Edward Grant .
somewhat drastic change in the last century , The testator ' s prayer to the Trinity
and when plaster ceilings were erected and other bequest of his soul to Jesus ...
Strona 497
Viscountess Stafford ' s father , Edward , died in the lifetime of his father , Edward
, I interrogated on this subject — ( 1 ) a Baron Stafford , whose father was also
Worcester farmer who said “ wreckling ” ; named Edward and held the Barony .
Strona 549
25 , 1802 , * A considerable interval of still greater to his son Edward . He married
, about greater 1 obscurity in his record followed . He is said · He is said 1755 ,
Catherine , elder dau . of the Revd . to have returned to England with a conn . 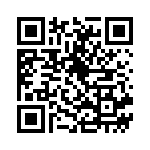