Strona 272
It was said to me , that , since the Austrians have been here , the courts of justice
are not open to the public when causes are tried ; people are taken to prison ,
tried , and put to death , and nothing known . It is not pretended to be denied , that
...
Strona 299
In the second voyage , when both clocks were employed , the rates of them were
taken in London before the sailing of the expedition , and again on its return : but
there was only one opportunity of repeating them during the voyage , viz . at ...
Strona 445
With regard to the substance of these volumes , we observe that the account of
Howakil and Amphila Bays , the journey to Tigre , Chelicut , and the eastern coast
of Africa as far as the bay of De l ' Agoa in the second volume , are taken from ... 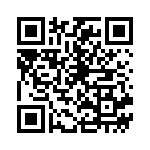