Donoghue (English, NYU; Speaking of Beauty) has fashioned a well-written and engaging exploration of eloquence in literature. He defines eloquence and the role it plays in culture as follows: "The ... Przeczytaj pe³n± recenzjê

Denis Donoghue is University Professor and Henry James Professor of English and American Letters, New York University. Among his many books are The Practice of Reading; Words Alone: The Poet T. S. Eliot; Speaking of Beauty (a New York Times Notable Book of the Year); and The American Classics: A Personal Essay, all published by Yale University Press. 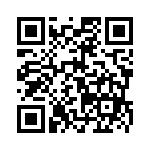