This is a fascinating compilation of excerpts from 19th-century American etiquette, fashion, dance and beauty manuals, to which Aldrich has added an introduction which introduces us to the world these ... Przeczytaj peģną recenzję

Not a nuts-and-bolts dance manual. Rather, the author quotes a wide variety of period dance manuals to present a nice overview of 19th Century customs and manners in polite society, including ... Przeczytaj peģną recenzję

Elizabeth Aldrich is director of the International Early Dance Institute and is president of the Society of Dance History Scholars. Co-founder of the Historical Dance Foundation, she is a consultant to the Smithsonian Institute and has choreographed for the American Ballroom Theatre, the New York Baroque dance Company, and the Court Dance Company of New York. Ms. Aldrich has provided reconstructions and choreography for several major feature films, including Mr. and Mrs. Bridge starring Paul Newman and Joanne Woodward.

Mina Mulvey, who wrote the forward to this volume is Executive Editor of Good Housekeeping. 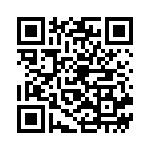