Constance Hoffman Berman is Professor of History at the University of Iowa and the 1999 May Brodbeck Fellow in the Humanities. 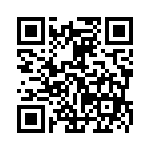