William Cowper was a poet and a hymnodist who changed the direction of 18th-century nature poetry by writing on everyday life and scenes of the English countryside. Nick Rhodes is an editor and a poet.

Robert Bell is co-founder of the Intelligent Community Forum, a think tank that focuses on the use of broadband and information technology for economic development in communities around the world. During his work with the Forum, Mr. Bell has led Master Classes and workshops in cities in North America, Latin America, Europe and Asia. A regular blogger on the ICF Web site, he has also written for The Municipal Journal of Telecommunications Policy, IEDC Journal, Telecommunica-tions, Digital Communities, and Asian Communications. He is a frequent speaker and moderator at municipal and telecommunications industry conferences, and has appeared in segments of ABC World News and The Discovery Channel. He is also the author of ICF's pioneering study, Benchmarking the Intelligent Community, the annual Top Seven Intelligent Communities of the Year white papers and other research reports issued by the Forum, and co-author of Broadband Economies: Creating the Community of the 21st Century. 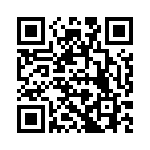