J. Peter Euben is Professor of Politics at the University of California at Santa Cruz. He is the author of The Tragedy of Political Theory: The Road Not Taken (Princeton), the editor of Greek Tragedy and Political Theory, and coeditor of Athenian Political Thought and Reconstitution of American Democracy. 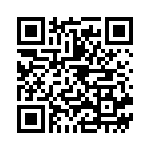