Strona
Published Weekly . ... London , E.C. Two Simple Forms of Gas - pressure
Regulators , by E. Stansfield 3 Eighteenth Annual Report of the Committee on
Atomic Weights -Determinations Published in 1910 , by F. W. Clarke
Advertisements .
Strona 38
The following passage , published in 1811 , author . With permission he gave a
short sketch of it in probably represents his mature opinion on the subject :the
next edition of his " System of Chemistry . ” This was it is not , I conceive , on any ...
Strona 99
At first the suggestion was that oxygen was Chix que " ) , published by Lavoisier
in conjunction with the common basis ; and later , when this supposition turned
Guytch de Morveau , Berthollet , and Fourcroy , created a out to be untenable ,
the ... 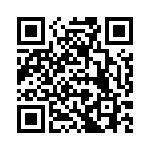