Sean Gilsdorf Sean Gilsdorf received his Ph.D. in medieval history from the University of Chicago and currently is a research associate in the Department of History at Smith College. He is the editor of The Bishop: Power and Piety at the First Millennium. 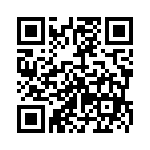