Doshin Sato is professor of Japanese art history at the Tokyo University of the Arts. The original Japanese edition of this book, published in 1999, was the winner of the Suntory Prize for Social Sciences and Humanities. 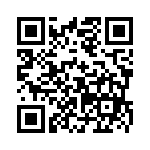