I try to scrape all unfavorable reviews down to an absolute minimum of length, so here goes: Burke thinks that the answer to everything is common sense, although his term for “common sense” was ... Przeczytaj peģną recenzję

Frank M. Turner is John Hay Whitney Professor of History, Yale University. Conor Cruise O'Brien is the author of The Great Melody: A Thematic Biography and Commented Anthology of Edmund Burke. Darrin M. McMahon is the author of Enemies of the Enlightenment: The French Counter-Enlightenment and the Making of Modernity. Jack N. Rakove of Stanford University was awarded the Pulitzer Prize for his book Original Meanings: Politics and Ideas in the Making of the Constitution. Alan Wolfe is director of the Boisi Center for Religion and American Public Life at Boston College and the author of Moral Freedom: The Search for Virtue in a World of Choice. 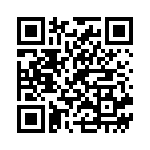