An interesting but uneven book. Cyndi Lauper has had a challenge-filled life and offers many positive reflections on getting through difficulties and remaining true to one's own vision. Lots of ... Przeczytaj peģną recenzję

Cyndi Lauper’s autobiography begins with her running away from home to escape her step-father the sexual predator. Things don’t get much better for her for quite some time- some truly horrific things ... Przeczytaj peģną recenzję

Cyndi Lauper has won a Grammy, two American Music Awards, an Emmy, three MTV Video Music Awards, and has been nominated for many more. She has sold more than thirty million albums globally and continues to tour around the world. An unwavering advocate for lesbian, gay, bisexual, and transgender (LGBT) equality, Cyndi created the True Colors Tour in 2007 and founded the True Colors Fund in 2008. Visit CyndiLauper.com.

Jancee Dunn has written three books, including the rock memoir But Enough About Me. She writes for many publications, including The New York Times, Vogue, and O, The Oprah Magazine. 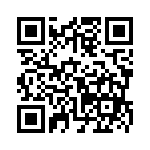