EDMUND BURKE was born in Dublin, Ireland, on January 12, 1729. Raised as a Protestant, he studied at Trinity College, after which he intended to embark on a career in law. Burke left Ireland in 1750 to further his studies at the Middle Temple in London.

In England, Burke eventually gave up his law studies and set about to pursue a career in literature. Although his early writings (A Vindication of Natural Society, published in 1756, and A Philosophical Enquiry into the Origin of Our Ideas of the Sublime and Beautiful, published in 1757) impressed such notables as Immanuel Kant and G. E. Lessing, Burke failed to win the acclaim he desired. Probably the most notable of his early literary achievements was the launching of a new magazine, Dodsley's Annual Register in 1758, for which Burke most likely wrote the majority of its original articles, at least until 1765.

Having married in 1757, within two short years the reality of having to support a family, coupled with an ill-rewarded writing career, forced Burke to abandon his literary aspirations and accept a position as private secretary to the Lord Lieutenant of Ireland. Later, he was to hold a similar position with England's First Lord of the Treasury. Although at first unenthusiastic about a career in English politics, Burke rose fairly quickly, and by the end of 1765 he found himself in the House of Commons as a member for Wendover. Burke's first speeches in 1766 brought him immediate acclaim as a statesman and orator, and in only a few months he was recognized as one of the leading figures in the House of Commons. His speeches were widely read.

During the period preceding the American Revolution, two of Burke's speeches were printed in full: "On American Taxation," published in 1774, and "Reconciliation with America," published the following year. His views on America were basically pragmatic and conservative; Burke sought to avoid controversial issues while formulating suggestions on how to retain the Colonies by understanding their needs and wishes. His political career reached its pinnacle in 1774 when he was elected to represent Bristol as a member of Parliament. Despite enthusiasm for his work, Burke lost the seat in 1780 and retired to Malton, where he held a seat and spent the rest of his political career.

In the late 1780s Burke became involved in the investigation of the affairs of the East India Company, which culminated in the impeachment and trial of Warren Hastings, the Governor-General of Bengal. During this period Burke became aware of and recognized the importance of the political upheaval in France and the extent of support in England for a change in the French government. In November of 1790 Burke published his 400-page pamphlet entitled Reflections on the Revolution in France, in which he voiced his deep concern over the political assumptions upon which the revolution was based. The publishing of Reflections sparked much debate in England and abroad, probably the most famous of which was Thomas Paine's Rights of Man. To this day Reflections attests to the prose talents and to the conservative philosophical views of one of England's greatest statesmen.

Soon after Reflections was published, Burke broke with the leaders of his Whig party but continued to call for determined action against the revolutionary menace. He retired from Parliament in 1794 and continued writing on matters political until his death in Beaconsfield on July 9, 1797. 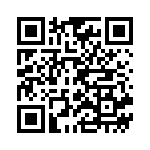