Defying Apache tradition, Lozen declines marriage offers to train as a warrior and shaman. She is her brother's right hand throughout his leadership and is a respected member of councils even after ... Przeczytaj peģną recenzję

Robson writes a well researched novel about Lozen, known as the Apache Joan of Arc. Lozen didn't marry, she lived as a spiritual leader, healer and a warrior as she fought for decades with her brother ... Przeczytaj peģną recenzję

Lucia St. Clair Robson was born in Baltimore, Maryland and raised in South Florida. She has been a Peace Corps volunteer in Venezuela and a teacher in Brooklyn, New York. She has also lived in Japan, South Carolina and southern Arizona. After earning her master's degree in Library Science at Florida State University, she worked as a public librarian in Annapolis, Maryland. She lives near Annapolis in a wooded community on the Severn River. The Western Writers of America awarded her first book, Ride the Wind, the Golden Spur for best historical western of 1982 and it also made the New York Times Best Seller List. 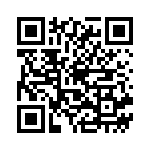