Strona 3
Directly he found himself his own master , Mr. Maybanke determined to become a
rich man . He was clever , persevering , and not to be daunted , so he put his
family pride in his pocket till he could afford to display it , and devoted himself to
the ...
Strona 14
It annoyed him now , that Mrs. Maybanke , who enjoyed a good long talk on
parish matters with the curate , should be transferring the rector's invitation to him
. “ He lunched with us on Sunday , my dear , " he murmured very audibly as he ...
Strona 116
The lull which Mrs. Maybanke had enjoyed during Carey's absence was ,
however , destined to be of the shortest duration . Two evenings after his
departure , Mrs. Maybanke happened to have dressed for dinner rather before
her usual hour . 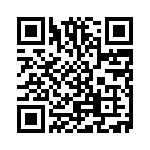