Terrence McNally, a very popular American playwright of the 1990's, was born in 1939. His play "Love! Valour? Compassion!," a commentary on AIDS, received a Tony Award as well as Drama Desk and Outer Critics Circle Awards for Best Play and the New York Drama Critics' Circle Award for Best Play. Another play, "Master Class," also earned a Tony, as did the book he wrote for the musical adaptation of "Kiss of the Spider Woman." McNally's other plays include "Corpus Christi" and "Where Has Tommy Flowers Gone?" In addition, McNally has written several television scripts; one of them, "Andre's Mother," brought him an Emmy Award. Terrence McNally died on March 24, 2020 due to complications from the coronavirus at the age of 81. 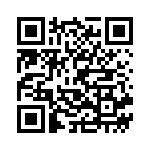