Strona viii - Is not prayer also a study of truth — a sally of the soul into the unfound infinite ? No man ever prayed heartily, without learning something. But when a faithful thinker, resolute to detach every object from personal relations, and see it in the light of thought, shall, at the same time, kindle science with the fire of the holiest affections, then will God go forth anew into the creation.
Występuje w 152 ksiąŋkach z lat 1838-2008
Strona 4 - Then the man said, This at last is bone of my bones and flesh of my flesh; she shall be called Woman, because she was taken out of Man.
Występuje w 335 ksiąŋkach z lat 1896-2008

Carol J. Dempsey, OP is professor of biblical studies at the University of Portland, Oregon, with special expertise in Old Testament and prophets. She holds a PhD in biblical studies from The Catholic University of America, and has authored several books including Jeremiah: Preacher of Grace, Poet of Truth (Liturgical Press, 2007) and Reading the Bible, Transforming Conflict. 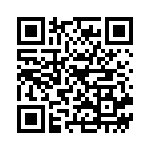