I was dissapointed in the book. I had expectations that it would enlighten me on human bahavior, and its evolutionary roots. I found Hannah Holmes' "The Well Dressed Ape" a much better resource. Przeczytaj pe³nħ recenzjê

Claude Levi-Strauss, a French anthropologist, was the founder of structural anthropology. This theoretical position assumes that there are structural propensities in the human mind that lead unconsciously toward categorization of physical and social objects, hence such book titles as The Raw and the Cooked (1964) and such expositions of his work by others as The Unconscious in Culture and Elementary Structures Reconsidered. According to Levi-Strauss, the models of society that scholars create are often dual in nature:status-contract (Maine): Gemeinschaft-Gesellschaft (Tonnies); mechanical-organic solidarity (Durkheim); folk-urban (Redfield); universalism-particularism (Parsons); and local-cosmopolitan (Merton). Levi-Strauss's writings---some of which have been described by Clifford Geertz as "theoretical treatises set out as travelogues"---have been enormously influential throughout the scholarly world. George Steiner has described him, along with Freud (see also Vol. 5) and Marx (see also Vol. 4), as one of the major architects of the thought of our times. Levi-Strauss died October 30, 2009. 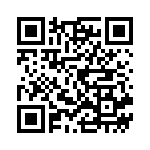