Strona 55
The authority of his father , indeed , had ceased , some time before , by his death
; and Young was certainly not ashamed to be patronised by the infamous
Wharton . But Wharton befriended in Young , perhaps , the poet , and particularly
the ...
Strona 59
To the patronage of such a character , had Young studied men as much as Pope
, he would have known how little to have trusted . Young , however , was certainly
in . debted to it for something material ; and the duke ' s regard for Young ...
Strona 65
Thomson , in his Autumn , addressing Mr . Dodington , calls his scat , the seat of
the Muses , Where , in the secret bower and winding walk , For virtuous Young
and thee they twine the bay . The praises Thomson bestows but a few lines
before ... 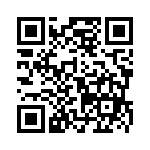