Isabelle Torrance has taught at Trinity College Dublin, the

Nottingham, where she is currently completing a three-year Research

Fellowship. She has published several articles on Greek tragedy within 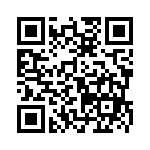