Marianne M. Jennings, Emeritus Professor of Legal and Ethical Studies, has taught at the WP Carey School of Business, Arizona State University from 1977 through the present. She has six textbooks and four monographs in circulation in the areas of business ethics, ethical culture, and legal environment. She was director of the Lincoln Center for Applied Ethics from 1995 to 1999. Professor Jennings has worked with government agencies, professional organizations, colleges and universities, and Fortune 100 companies on ethics training and culture. She is a contributing editor of Corporate Finance Review and Real Estate Law Journal. Two of her books have been named Library Journal's book of the year. Her books have been translated into three languages. Her book, The Seven Signs of Ethical Collapse, was published by St Martin's Press and has been used as both an audit tool and a primer by numerous organizations for creating and sustaining an ethical culture. In 2011, Professor Jennings was named one of the Top 100 Thought Leaders by Trust Across America and in 2012 she was named one of the 100 most influential people in business ethics by Ethisphere magazine. Professor Jennings served on the board of directors for Arizona Public Service (now Pinnacle West), the owner of the Palo Verde Nuclear Station, from 1987 through 2000. She has also served on INPO's advisory council since 2005. She conducts ethics training and ethical culture assessments for businesses, including Fortune 100 companies, government agencies, professional associations, and nonprofit organizations. 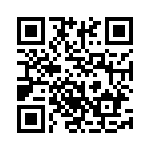