Strona 37
The result was that , on April 16 , 1878 , the French Government , through their
Ambassador in London , informed Lord Salisbury , who , on April 2 , 1878 ,
succeeded Lord Derby at the Foreign Office , that there was “ every reason to
believe ...
Strona 161
Egypt ) , was not necessarily an arrangement entailing foreign interference ,
because they retained the right to dismiss the Controllers , but in the year 1879 ,
in depriving them of that right , you brought foreign intervention into the heart of
the ...
Strona 248
a want of “ sincerity and cordiality ” in the dealings of the British Foreign Office
with France . Also he thought that public opinion in England “ experienced the
influence of certain Tories , who believed that it would be best to slacken
proceedings ... 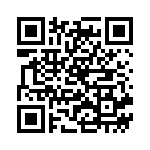