Strona 464
II: The Assyrian, Babylonian, and Persian Periods, 732-332 BCE, New York/
London/Toronto/Sydney/ Auckland 2001; B. Alpert Nakhai, Archaeology and the
Religions of Canaan and Israel, Boston 2001. The Institute of Archaeology, Tel
Aviv ...
Strona 488
That both Anatolian peoples are absorbed in a Persian empire accounts for most
of their classical image in the west, where the Lydians were generally better
neighbours. He suggests that the Kleisophos vase shows a Lydian party, but at
that ...
Strona 497
10), palpably non-Greek populations, from the Elymians and the Iapyges to the
Romans, the Persians and even the Indians, were credited with descent from the
same small group of heroes. Then, from the moment that we meet, on the
opening ... 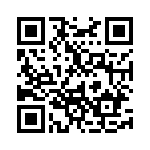