Although intended for the inspired tourist or casual reader who wants a quick introduction to Chinese history, this collection of biographies is in no way superficial. Each of the 20 chapters offers a ... Przeczytaj peġnḟ recenzjê

John E. Wills, Jr., is emeritus professor of history at the University of Southern California. He is the author of 1688: A Global History and The World from 1450 to 1700, and the editor of China and Maritime Europe, 1500-1800 and Past and Present in China's Foreign Policy. 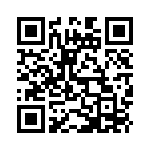