Strona 125
In the second place , although both the Khedive and his advisers had rejected
the idea of national bankruptcy as dishonourable , the settlement which they
proposed did , as a matter of fact , constitute an act of bankruptcy . The interest on
the ...
Strona 363
But it behoved the Egyptian Ministers to look the facts with which they had to deal
fairly in the face , and to bring the objects , which they ... The British Government
had , in fact , been led much against their will into the occupation of Egypt .
Strona 451
Looking to the fact that , on the face of the thing , it was absurd to send General
Gordon as a mere reporter , to the further fact that General Gordon , who had just
arrived from London , never said one word to me to induce the belief that such ... 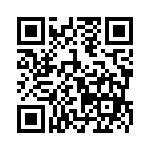