Nicholas Sammond is Assistant Professor of Cinema Studies at the University of Toronto. He is the author of Babes in Tomorrowland: Walt Disney and the Making of the American Child, 1930-1960, also published by Duke University Press. 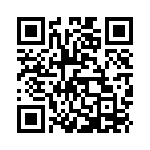