George S. Patton, Jr. was born in California in 1885, and entered Stephen Cutter Clark's School for Boys in 1897. He went on to the Virginia Military Institute in 1903, followed by West Point in 1904. He graduated from West Point in 1909. As a young cavalry officer and well-rounded athlete, he competed in five events during the 1912 Olympic games held in Stockholm, Sweden. He placed fifth in the pentathlon. Patton saw action in the pursuit of Pancho Villa in Mexico in 1916, as an aide to General John J. Pershing. He continued as an aide to Pershing until he transferred to the new Armored branch as the first U.S. Commander of Armor. He again saw action in World War I, and was hit by machine gun fire, suffering serious wounds. Patton received the most notoriety during World War II. He earned the nickname Old Blood and Guts and was labeled one of the "most colorful" American generals of the war. Patton received numerous decorations and medals from Luxembourg, Belgium, Great Britain and the Soviet Union. In December of 1945, Patton died of injuries from a car accident and was buried at the Third Army Cemetery in Luxembourg. 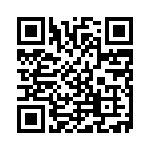