Strona 235
Had we been master of such a servant , ' said the Emperor Charles when he heard of it , ' we would rather have lost the best city of our dominions than have lost such a worthy counsellor . ' More died for his faith , that of the ...
Strona 286
There is only one play of his , called Love's Labour's Lost , the story of which is not to be found in some earlier book . That , too , may have been founded on another story which is now lost . When you come to know Shakespeare's ...
Strona 473
But meanwhile the Whigs fell from power and Addison lost his Government post . In twelve months , he said to a friend , he lost a place worth two thousand pounds a year , an estate in the Indies , and , worst of all , his lady - love . 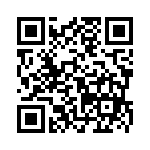