Strona 151
... many counties , Chancellor of St. Paul's , Treasurer of York , notably Devon ,
Dorset , Somerset , Glouces- Keeper of the Great Seal , the first Secretary ter ,
York , Hereford , Bedford , Buckingham , of State , and the favourite of King Henry
III .
Strona 315
Was ment upon tv York waggon destroy all existing institutions to correct their
and other vehicles is one of the busy town's abuses . Horace Greely , and train of
bluelight chief industries to - day , and there are good Clayites from your State ...
Strona 352
sees exists in the arms of the Archbishops of of York were originally the same as
CanterArmagh and of Dublin , Armagh having four bury . The change was mede
about A.D. crosses like Canterbury , and Dublin five like 1540. ” York . There is ... 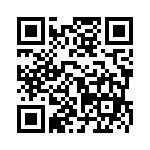