Jennifer Richards is Reader in English at the University of Newcastle. She is the author of Rhetoric and Courtliness in Early Modern Literature (Cambridge University Press, 2003). She has edited several collections of essays, including, with Alison Thorne, Rhetoric, Women and Politics in Early Modern England (Routledge, 2006). 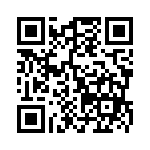