Manfred Lurker was, from 1968 to 1980, editor of the Bibliography of Symbolism, Iconography and Mythology. Since 1974 he has been deputy chairman of the Symbolism Research Group in Salzburg. He has written widely on the history of religion, mainly from the point of view of symbolism, and his publications include Dictionary of Symbolism (3rd edition, 1985), The Gods and Symbols of the Ancient Egyptians (3rd edition, 1977; English edition, 1980) and Dictionary of Biblical Images and Symbols (2nd edition, 1978). 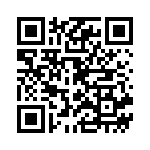