Strona xxvi
628 To a Friend of the Author, a Person of Honour, who lately writ a religious Book, entitled, Historical Applications, and Occasional Meditations upon Several Subjects 628 To a Person of Honour, upon his incomparable incomprehensible ...
Strona 237
The first act is the general preparative , by rendring the chiefest characters of persons , and ending with something ... yet each rather mentions every person acting , than their actions : but he is very unskilful that by narratives ...
Strona 254
Of the second kind, where the disproportion is between the poet, and the person! of hit poem, one, b in the dialect of the inferior sort of people, which is alwayes different from the language of the court. 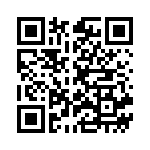