A scion of Jewish refugees from the Iberian Peninsula living in the Dutch Golden Age, brought to print one of the most controversial texts of the early modern period. A Theologico-Political Treatise ... Przeczytaj pe≥nĪ recenzjÍ

One quote review. An excerpt from the book: "The affirmations and the negations of 'God' always involve necessity or truth; so that, for example, if God said to Adam that He did not wish him to eat of ... Przeczytaj pe≥nĪ recenzjÍ

Baruch Spinoza was born in Amsterdam, the son of Portuguese Jewish refugees who had fled from the persecution of the Spanish Inquisition. Although reared in the Jewish community, he rebelled against its religious views and practices, and in 1656 was formally excommunicated from the Portuguese-Spanish Synagogue of Amsterdam and was thus effectively cast out of the Jewish world. He joined a group of nonconfessional Christians (although he never became a Christian), the Collegiants, who professed no creeds or practices but shared a spiritual brotherhood. He was also apparently involved with the Quaker mission in Amsterdam. Spinoza eventually settled in The Hague, where he lived quietly, studying philosophy, science, and theology, discussing his ideas with a small circle of independent thinkers, and earning his living as a lens grinder. He corresponded with some of the leading philosophers and scientists of his time and was visited by Leibniz and many others. He is said to have refused offers to teach at Heidelberg or to be court philosopher for the Prince of Conde. During his lifetime he published only two works, The Principles of Descartes' Philosophy (1666) and the Theological Political Tractatus (1670). In the first his own theory began to emerge as the consistent consequence of that of Descartes (see also Vol. 5). In the second, he gave his reasons for rejecting the claims of religious knowledge and elaborated his theory of the independence of the state from all religious factions. After his death (probably caused by consumption resulting from glass dust), his major work, the Ethics, appeared in his Opera Posthuma, and presented the full metaphysical basis of his pantheistic view. Spinoza's influence on the Enlightenment, on the Romantic Age, and on modern secularism has been tremendous. 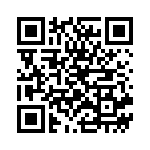