Anthony Slide is the author or editor of some sixty books on the history of popular entertainment, & editor of the "Filmmakers" series published by Scarecrow Press. He has served as an associate archivist of the American Film Institute & resident film historian of the Academy of Motion Picture Arts & Sciences. In 1990, in recognition of his work on the history of popular culture, Mr. Slide was awarded an honorary doctorate of letters by Bowling Green University. Anthony Slide resides in Studio City, California. 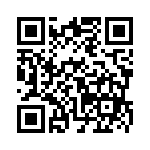