"...the age of chivalry is gone. That of sophisters, economists, and calculators has succeeded; and the glory of Europe is extinguished forever." The seminal text of contemporary Anglo-American ... Przeczytaj peģną recenzję

Edmund Burke (1729-1797) was a Dublin-born philosopher and statesman who worked in the British Parliament. He studied at Trinity College before moving to London to attend Middle Temple where he focused on law. Burke quickly gained interest in politics and literature, publishing A Vindication of Natural Society in 1756 followed by A Philosophical Inquiry into the Origin of Our Ideas of the Sublime and Beautiful in 1757. He officially entered Parliament in 1765, as a secretary to the Whig Party. During his 30-year career, he famously noted his views on war and policy in political pamphlets such as Reflections on the Revolution in France. 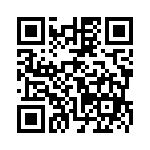