James Hadley Billington was born in Bryn Mawr, Pennsylvania on June 1, 1929. He received a bachelor's degree from Princeton University in 1950 and a doctorate from Oxford University in 1953. He joined the Army and became a first lieutenant. He taught Russian history at Harvard University from 1957 to 1962 and at Princeton University from 1962 to 1974. As director of the Woodrow Wilson International Center for Scholars from 1973 to 1987, he founded the Kennan Institute for Advanced Russian Studies and The Wilson Quarterly. He was the librarian of Congress from 1987 until 2015. He wrote six books on Russia and revolutionary traditions. His books included Mikhailovsky and Russian Populism; The Icon and the Axe: An Interpretive History of Russian Culture; Fire in the Minds of Men: Origins of the Revolutionary Faith; Russia Transformed: Breakthrough to Hope, August 1991; The Face of Russia; and Russia in Search of Itself. He died from complications of pneumonia on November 20, 2018 at the age of 89.

The Library of Congress is an institution whose collections are international in scope and is considered the nation's library. 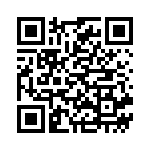