Strona 84
V. iii . lords of Chartley Park , for that one of their Worse than damnation ! fiend ,
monster of men ! ancestors did kill his Barbar by chance medley and did
thereupon flee to Ireland , whereby te For this last exclamation compare Part II .
lived ...
Strona 122
108 , Earl Spencer , 10 St. James's Place ; Evelyn M. Zuccato , Resident for
Venice , lived in Pierrepont , second Duke of Kingston , Soho Square . Zuccato ,
who would not 3 Arlington Street . present Casanova at Court ( Mémoires , ' The ...
Strona 498
Hopkinson , who was instituted to the living Some months ago a large number of
deeds in 1572 , various members of the allied families were sold at Hodgson's ,
and I have since of Lord , Ashe , and Jenkin having held the heard that they ... 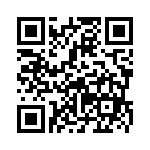