Strona 166
While Washington , at the head of our armies , was fighting the battles of liberty , and defending our country from the ravages of the enemy , Adams was employed in a service less brilliant , but scarcely less important .
Strona 451
The slaves were left to be emancipated at the death of Mrs. Washington ; but it was found necessary , ( for prudential reasons ) to give them their freedom in one year after the general's decease .-- Although many of them , with a view ...
Strona 457
They who knew president Washington , and his various endowments , qualifications , and virtues , know that , ( aggregately considered , they formed a tout ensemble which has rarely been equalled , and perhaps never excelled . 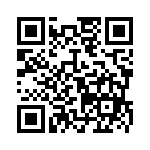