Strona 163
The gathering of persons , mostly young , on Holcombe Hill , near Ramsbottom ,
ALABACULIA , NAME OF A RACEHORSE | Lancashire , on Good Friday , can
hardly be ( 12 S . v . 98 ) . — The word was coined from called a pleasure fair - it
is ...
Strona 258
rendered him for ever unfit to benefit by the power Hill to Sir Joseph Jekyll ,
Master of the and disposition of his Admiral . He died soon after , Rolls , whose
secretary " he became . Tryno wonder , for the blow would have split the ' skull
phena ...
Strona 259
WILFRID HOOPER . tablet ornamented by Nollekens was placed Redhill , in the
chancel bearing the following inscription , composed by his friend Joseph
STATUES AND MEMORIALS IN THE Jekyll :" To the memory of Joseph Hill , Esqr
. , of ... 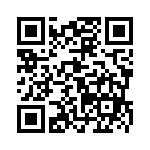