Strona 89
D'Estaing would felt the force of the gale by which have surprized Lord Howe in
the De they were so miserably mattered ; " and , laware , with two ships of 64
guns , as a proof that if they had not met one of 50 , two of 40 , and a few with a
storm ...
Strona 187
Robin ca'ling in all eke chafing ships ; and Cape fon , of che Worcester , being
asked what tain Macbride , coming on board , gave an force the French fleet
confitted of , when he Eccount of fome disabled fhips of the enefirst cow them on
the ...
Strona 427
The discovery of the enemy's M ters containing in- force , and the admiral's
consequent retelligence relative to turn to obtain reinforcements , at the the
equipment , num- hazard of bis life , though they deserved ber , and force of the
the highest ... 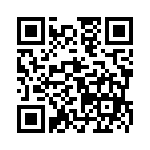