Strona 199
his departure , and he himself had spoken about leaving perhaps in three weeks
, but I have little doubt that there would ... The question , however , arose as to
which were to leave first , the British and French ships , or the Turkish envoys .
Strona 468
half - tax ( sic ) , were made merely with a view to getting the troops out of the
country without danger , and to leave the people to stew in their own juice . On
consideration , it may perhaps have been a mistake to show this Firman , but
General ...
Strona 475
Has ordered all white troops to leave for Cairo . Soudani soldiers kept in
Khartoum . Has formed Council of twelve Notables , Arabs , to sit with him .
Burned all old records of debts against people , and instruments of torture in
Government ... 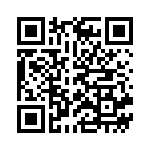