Strona 130
He knew , too , how by use of various fluxes and salts , to separate out copper ,
silver and gold from an alloy of the three . An interesting method of very ancient
analysis which he describes with great care , is the touchstone method for alloys .
Strona 131
He goes on to say that it may also be recognised by the fact that it turns copper
white , another observation which was extremely ancient , and probably
gradually became recognised as a test . He was aware that arsenic combined
with sulphur ...
Strona 133
One of the first of these was drawn up by Thenard , the chief differences from the
modern procedure being that he used an iron plate to reduce the noble metals ,
tellurium , copper , lead , bismuth , arsenic , an tin , and the precipitation of nickel
... 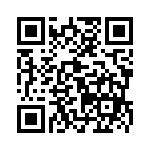