Strona 67
He appeared , almost constantly , in deep thought , and did not often smile ; —when he spoke , on matters of some importance , it was not without first holding up the balance in his mind , to weigh well what he had to say : persuasion ...
Strona 135
In the brief relation which Hume gives of his life and writings , he begins with mentioning his natural disposition always to look on the bright side of events ; a disposition , he says , worth more than a thousand pounds per annum .
Strona 374
It was fashionable with the courtly part of the clergy to say that they had not read the offensive parts , and the ... in this inglorious assemblage : “ Had I been aware , " says Gibbon with all imaginable composure , ( Memoirs , p . 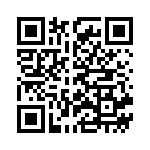